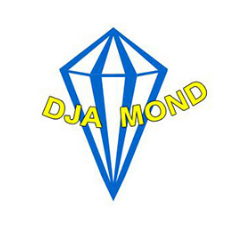 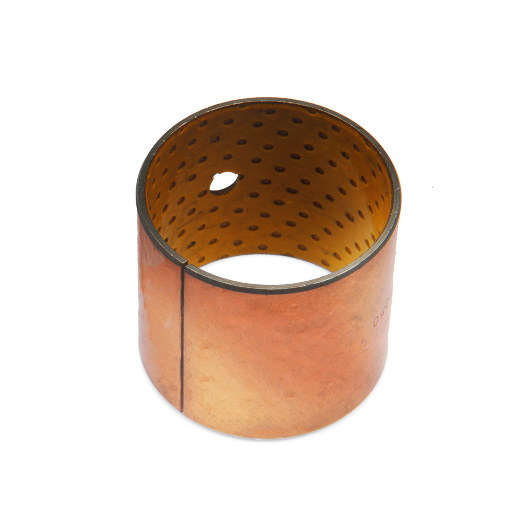 POM sling bearings can be considered pre-lubricated as they only need a small amount of lubricant to work satisfactorily for a long time. They have the same characteristics as the SL version and further:

• Have a low wear rate

• They are suitable for loads with urt

They consist of a low-carbon steel armature that gives mechanical strength and coated externally with 2μm of copper or other protective treatment. The layer of sintered porous bronze is impregnated and coated with POM (or PEEK) on the surface of which alveoli are obtained with the aim of containing the fat and collecting any impurities that should interpose between the shaft and the bushing.

Where the mechanical processing of the seat and/or shaft is not particularly precise, the RKT version is highlighted. This, presenting some super material compared to the standard, can be resumed internally by careful processing, thus allowing to avoid any imperfections that could adversely affect the tribological properties of the bushing. Therefore, the following machining, turning and drilling processes with:

The material used for this type of bushing requires poor maintenance, must be lubricated initially with grease and there is no need to re-lubricate, however the presence or continuous feeding of a lubricant greatly prolongs its life.

This type of shaving bearing is suitable for applications with poor maintenance and strict working conditions. Particularly suitable for rotational and oscillating movements, it has a limited sensitivity to load on the edges and is water-repellent. He has good damping behavior that makes him insensitive to shocks. The alveoli present on the surface make it ideal for those applications operating in dirty environments and where there is no possibility to lubricate continuously or frequently (e.g. agricultural machinery, construction and handling in general, wood machinery).

For assembly, the same conditions apply as for self-clarifying bushings except that shafts with a hardness of 150 to 600 HB with h8 tolerance and roughness up to 0.8 μm may be used.

On the steel reinforcement, a layer of porous bronze with a thickness of 0.2 mm to 0.35 mm is sintered. During the rolling phase the pores of the porous bronze layer are filled with a mixture of PEEK or acetal resin (POM). After this treatment on the sintered bronze remains a sliding layer in which the alveoli for the lubricant are made.

The "RKT" version has the same structure as the previous version but the creep layer is on average thicker than 0.15 mm. This makes it possible to then process the surface to even out misalignments or for games with narrower tolerances.

The special version "3" is provided on request. This structure differs from the previous ones in that the creep layer is free of alveoli for lubrication.

To get more information contact us. We are ready to support you and give you the best solutions.